Regulating ‘Over the Top’ Services in the UK – a Brief Overview 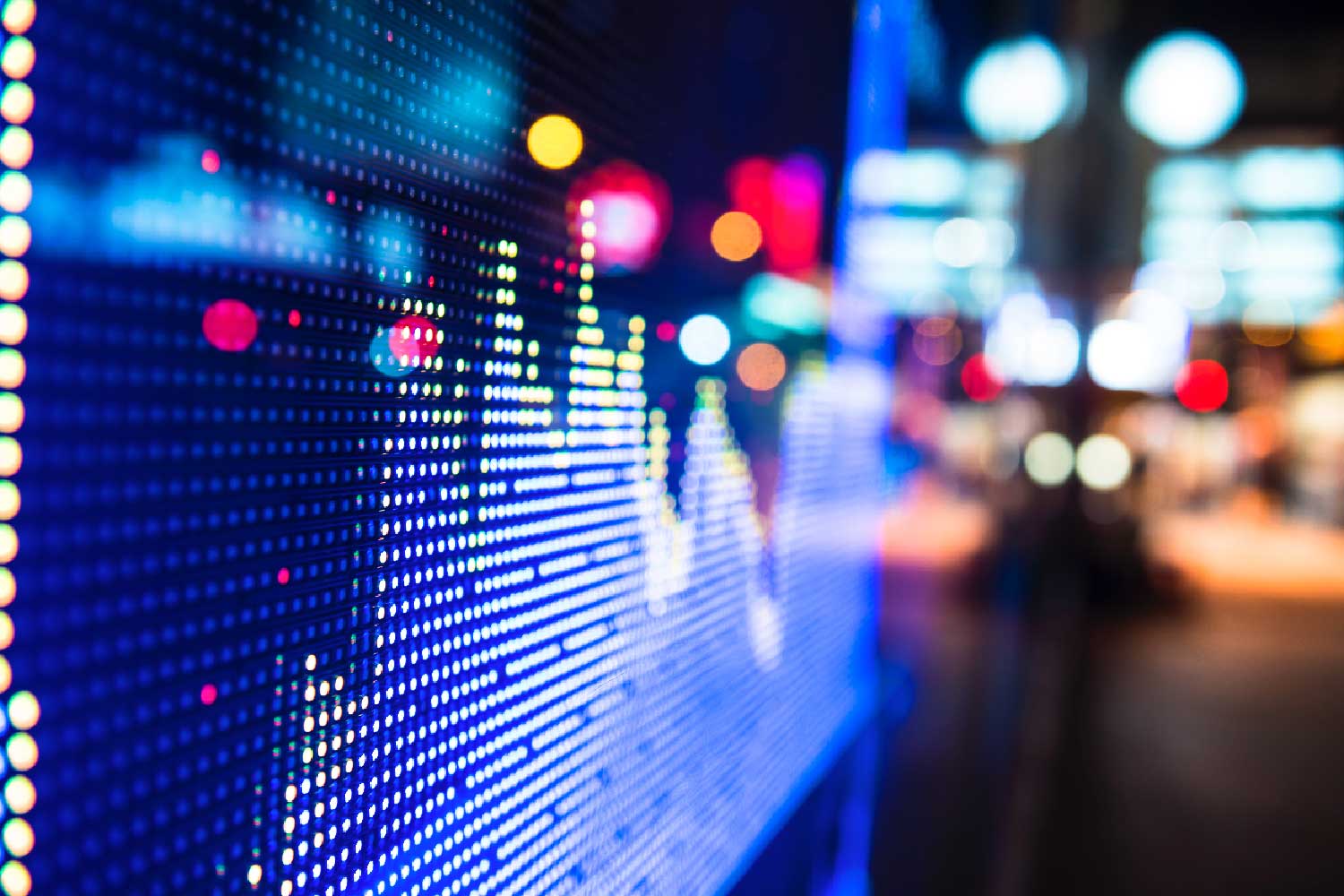 In this short piece, we overview the new rules around Number-Independent Interpersonal Communications Services (‘NI-ICS’) that are due to come into effect in the UK later in 2021. This is the second of three related pieces prepared for our Digital Commerce Webinar on 28 April 2021. Together, they show the ever more closely converging nature of regulating digital commerce, telecommunications and the internet. The other two pieces are on the Platform to Business Regulation and ‘over the top’ services.

Until a couple of years ago, it was a vexed question whether ‘over the top’ (‘OTT’) services – communications services bypassing telcos and other telecoms gatekeepers and provided directly to internet users – were caught by EU telecoms regulation. Then the Google Gmail and Skypeout cases in June 2019 settled that webmail and other OTT services which did not involve calling from or to a normal phone number were generally outside the net.

This was seen as giving OTT providers a bunk up they didn’t merit and the balance was redressed by the new European Electronic Communications Code, which builds on the underlying technical definitions to bring some OTT services back within the net. Here, what has emerged as ‘number-independent interpersonal communications services’ will be subject to light touch regulation. In the UK, the new rules have got caught up in Brexit and most will not come into effect before the end of this year, so OTT service providers still have some time to review how they’re impacted by the new rules. This short piece explores the twist and turns.

“a service consisting in, or having as its principal feature, the conveyance by means of an electronic communications network [(‘ECN’)] of signals, except in so far as it is a content service”

In the Google Gmail case[2] Google operated Gmail, a web-based email service that did not itself provide internet access. The German utilities regulator, the BNetzA, decided under German law that Gmail was a telecommunications service (defined similarly to ECS under Art. 2(c) FD) and accordingly that Google was required to register Gmail with the BNetzA.

Google disputed the decision on the grounds that Gmail did not consist wholly or mainly in the conveyance of signals on ECNs because the signals were conveyed not by Google but by the email senders’ and recipients’ internet access providers and then over open internet networks.

The German appeal court referred a number of questions to the European Court of Justice (‘ECJ’). As set out in paragraph 26 of the ECJ judgment, these included:

“whether Article 2(c) [FD] must be interpreted as meaning that a web-based email service which does not itself provide internet access, such as the Gmail service provided by Google, constitutes a service which consists wholly or mainly in the conveyance of signals on [ECNs], having regard to the electronic processing which the provider of that service supplies via its email servers, on the one hand, by assigning to the email addresses the IP addresses of the corresponding terminal devices and, on the other hand, by uploading to or receiving from the open internet the data packets relating to the emails”.

In its judgment on 13 June 2019, the European Court of Justice (‘ECJ’) agreed with Google’s view, holding:

“that Article 2(c) of the [FD] must be interpreted as meaning that a web-based email service which does not itself provide internet access, such as the Gmail service provided by Google, does not consist wholly or mainly in the conveyance of signals on [ECNs] and therefore does not constitute an [ECS] within the meaning of that provision” (paragraph 41 of the judgment).

The case clarified that Gmail and similar ‘over the top’ (‘OTT’) services were not ECSs within the FD.

By contrast, in the SkypeOut case[3] the ECJ had given another judgment a week earlier (on 5 June 2019) on the interpretation of Art. 2(c) FD in the SkypeOut case. Here, SkypeOut was an extra, paid for feature of Skype’s service that enabled Skype users to make outbound calls to a land line or mobile number using Voice over Internet Protocol (‘VoIP’). In return for payment from its customers, Skype was contractually responsible for the SkypeOut VoIP service. Skype had also entered into interconnection agreements with fixed and mobile network providers under which it paid them charges for terminating SkypeOut calls on those providers’ networks. In these circumstances the ECJ found that SkypeOut was an ECS:

“Article 2(c) [FD] must be interpreted as meaning that the provision, by a software publisher, of a feature offering a VoIP service which allows the user to call a fixed or mobile number covered by a national numbering plan from a terminal via the PSTN of a Member State constitutes an [ECS] within the meaning of that provision, provided that, first, the software publisher is remunerated for the provision of that service, and, second, the provision of that service involves the conclusion of agreements between that software publisher and telecommunications service providers that are duly authorised to send and terminate calls to the PSTN” (paragraph 49 of the judgment).

The 2002 EU telecoms package was replaced by a new framework from 21 December 2020. Part of the new framework is EU Directive 2018/1972 establishing the EECC. Under the EECC, the definition of ECS is expanded to include in addition to the old definition under Art 2(c) FD (s.32(2) CA in the UK) new definitions including ‘interpersonal communications services’.

“normally provided for remuneration that enable interpersonal and interactive exchange of information, covering services like traditional voice calls between two individuals but also all types of emails, messaging services, or group chats”

The ‘interactivity’ requirement means that the service “allows the recipient of the information to respond” so ICS do not cover “linear broadcasting, video on demand, websites, social networks, blogs, or exchange of information between machines”.

As in other EU-based legislation using the ‘information society service’ definition, the ‘normally provided for remuneration’ requirement is broad and includes indirect remuneration, like access to data or advertising, as well as direct remuneration.

ICS are defined as either ‘number-based’ (‘NB-ICS’) or ‘number-independent’ (‘NI-ICS’). NB-ICS are ICS that connect, or enable communication, with one or more telephone numbers from national and international numbering plans (EECC, Recital 18 and Art. 2(6).  NI-ICS are ICS that do not connect, or enable communication in that way (EECC Recital 18 and Art. 2(7). Further, ICS may also be publicly available or not, with different rules applying (effectively as a 2×2 matrix: NB/NI-ICS x publicly/non-publicly available).

“Contrary to the other categories of [ECNs and ECSs] as defined in this Directive, [NI-ICS] do not benefit from the use of public numbering resources and do not participate in a publicly assured interoperable ecosystem. It is therefore not appropriate to subject those types of services to the general authorisation regime” (EECC, Recital 44; operative provision – Art. 12(2));

NI-ICS will however be subject to a number of requirements set out in EECC, Part III (Services), Title III (End-User Rights) at Art. 98 to 116. These exclude the requirement to provide access to emergency service calling and caller location information (Art. 109).

For non-publicly available NI-ICS, they just include basic duties not to discriminate as to terms of access or use based on the end-user’s nationality or place of residence or establishment (Art. 99) and to respect the EU Charter of Fundamental Rights and general principles of EU law (Art. 100).

Unlike NI-ICS, NB-ICS are subject to the more extensive requirements of the general authorisation regime (Ofcom’s General Conditions in the UK), along with other requirements including emergency calls (Art. 109), public warning system (Art. 110) and directory enquiries (Art. 112).

The implementation date for the EECC was 21 December 2020 and so before the end of the Brexit transition period on 31 December 2020. The UK therefore accepted the requirement to transpose the EECC into English law (see DDCMS Consultation Paper, p.5) and this was done by regulations made on 2 December 2020.[5] DDCMS consulted on EECC implementation and in its 22 July 2020 response to the public consultation paper stated (p.42) that:

“COVID-19 has brought significant challenges to communications providers including higher demand for their services and the need to prioritise support for vulnerable customers. Therefore, providers are likely to need additional time to make the necessary changes to their systems and processes to comply with the new rules being introduced from the Directive. In light of this, on 7 May 2020, Ofcom stated that it will allow providers at least 12 months from the date of its statement to make the new rights available to customers.”

Ofcom published its statement ‘Implementing the new EECC’[6] on 17 December 2020 and pushed out the deadline further to 17 December 2021, with other changes coming in in 2022:

So, OTT services providing NB-ICS in the UK still have some time to review how they’re impacted by the new rules.